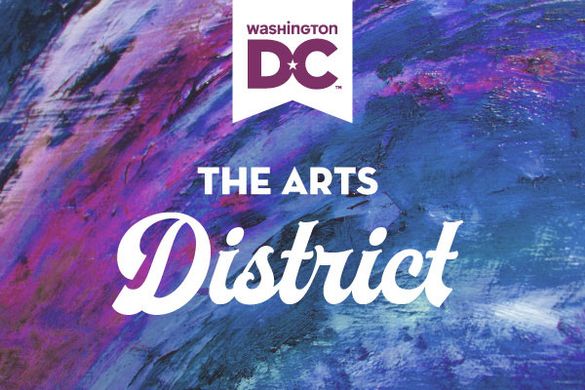 “Washington, DC is a place for creatives whose inspiration and original art is found throughout our vibrant neighborhoods beyond the National Mall,” said Elliott L. Ferguson, II, president and CEO of Destination DC. “The new video series explains how easily everyone, from young families to experienced arts-focused travelers, can access well known masterpieces and discover emerging voices. In the next 100 days, DC will welcome an exhibition of contemporary participatory art; the only U.S. exhibition of Cézanne’s portraits, the most Tony Award-nominated musical in history, jazz performances at more than 40 venues as well as countless DJ nights and new murals enlivening our alleys.”

“Destination DC newest video series captures the richness of Washington, DC’s incredible museums and cultural institutions. We have a vibrant community of local makers and artists to discover. I hope that visitors and locals alike will be inspired to explore all this art-filled city has to offer—from stunning historic architecture to neighborhood murals to cutting-edge contemporary galleries and performance spaces to the Smithsonian museums,” said Stephanie Stebich, The Margaret and Terry Stent Director of the Smithsonian American Art Museum.

Among the upcoming fine and performing arts highlights in Washington, DC:

Find a complete calendar of events, trip planning resources and “The Arts District” videos on washington.org.

About Destination DC: Destination DC, the official destination marketing organization for the nation’s capital, is a private, non-profit membership organization of 1,000 businesses committed to marketing the area as a premier global convention, tourism and special events destination with a special emphasis on the arts, cultural and historic communities. washington.org.